There was a lot of back and forth with the weather on this trip. But we took the chance that we would have a window of time to get some paddling in.  It worked out to be a good time on the water.  We got some drizzle of rain, but it was not bad.  The temperature was better with the rain and overcast.  The best part was that no one else was out on the water and all the wildlife was out for us to see.  There was a large flock of white pelicans that allowed us to get quite close.  The cormorants where out and followed us around catching lots of fish right under our kayaks. Candice called them our little puppies of the sea.  We had loads of other birds including Ibis, Osprey, Great Blue Heron, brown pelicans, Reddish Egret, Tern, and even high-flying frigatebirds.  In the water around us we saw Dolphin in the pass, a large moon Jelly floated by, several sharks swam through the shallow with their dorsal fin and tail out of the water.  When we got to the takeout where we parked the cars, a few of us wanted to paddle a little more so we paddled down and under the bridge to get a better look of the skyway bridge.  I was choppy and rough on this side of the causeway.  We got a bit of practice playing in the waves and headed back.  On the way back Paul helped the birds by pulled a bunch of fishing line off a channel marker that a cormorant was keeping watch over.  And for Paul’s good deed the cormorant gave him a smelly gift on the deck of his kayak.  I was a great day on the water even with the rain. 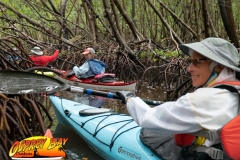 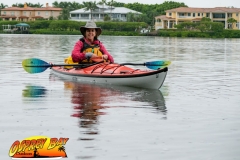 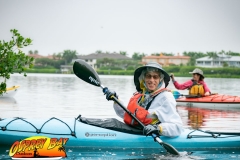 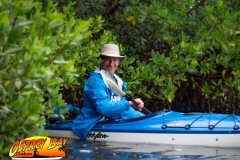 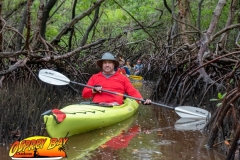 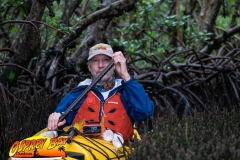 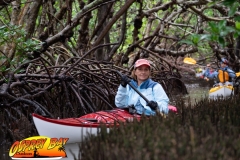 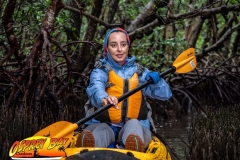 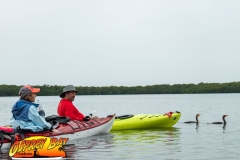 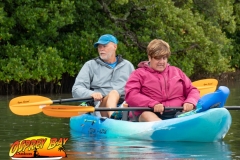 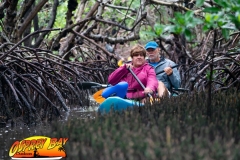 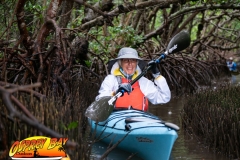 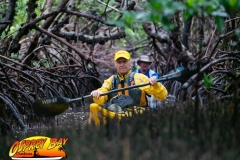 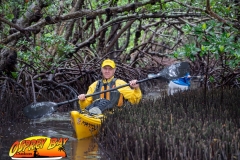 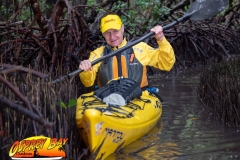 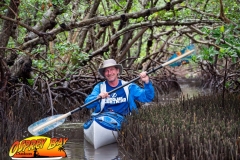 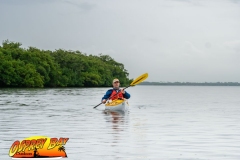 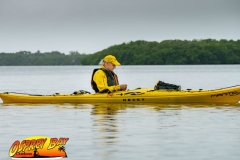 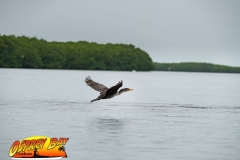 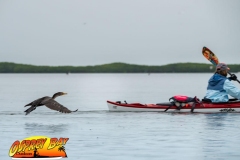 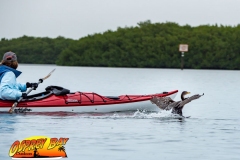 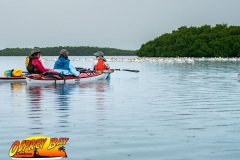 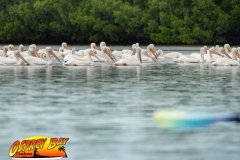 Clam Bayou Paddle trip for the fun of it.